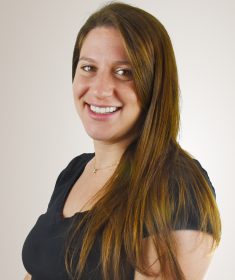 Practices at Center for Genetics and Maternal-Fetal Medicine

Yael Weinstein graduated from Sarah Lawrence College with a Master’s of Science in Human Genetics.

She was born in Denver but grew up in Israel. After receiving a B.A. from Columbia University, she assisted in filming a teaching video about Movement Disorders with Jill Goldman at the Taub Institute for Movement and Neurological Disorders in New York City. There, she also edited a Casebook for Clinicians, “Genetic Counseling for Adult Neurogenetic Disease” by Jill Goldman. She recently completed two years of rotations in a combination of pediatric genetics at Weill Cornell Hospital; cancer genetics at Montefiore Medical Center and Brooklyn Hospital; and prenatal genetics at Montefiore medical center and New Jersey Perinatal. Her master’s thesis was “Adolescent Attitudes Towards Genetic Testing for Adult-Onset Conditions” where her goal was to unveil the attitudes and reasons minors may defer or not defer genetic testing of a late-onset condition until adulthood. It consisted of a mixed-methods research project involving the analysis of more than 1,200 essays submitted by high schoolers nationally and internationally regarding their attitudes towards undergoing genetic testing for adult-onset conditions as minors. Yael has also led preconception group counseling sessions in New York as part of a trial attempting to find the most efficient way to educate the community.

Yael is very excited to work at the Center for Genetics where she gets to help navigate prenatal testing for patients.